The day starts early with the tasting of wines from La Mission and Haut-Brion in the little library at Haut-Brion. The reds are a bit enigmatic this morning but one imagines the potential. The whites are fragrant, refined, and marvellously tonic, especially La Mission Haut-Brion.  Quintus (ex Tertre Daugay, acquired last year by the Dillon family) is presented for the first time. Why this name? Simply because it’s the fifth property to enter the family’s portfolio.  After La Tour Haut-Brion (which now goes into La Mission), it’s Tertre Daugay which changes name – a pity, as I rather liked the historical reference: Tertre, meaning mound and Daugay (from guet) suggesting a watch or guard, giving the sense of a sentinel from which the enemy advance could be perceived. 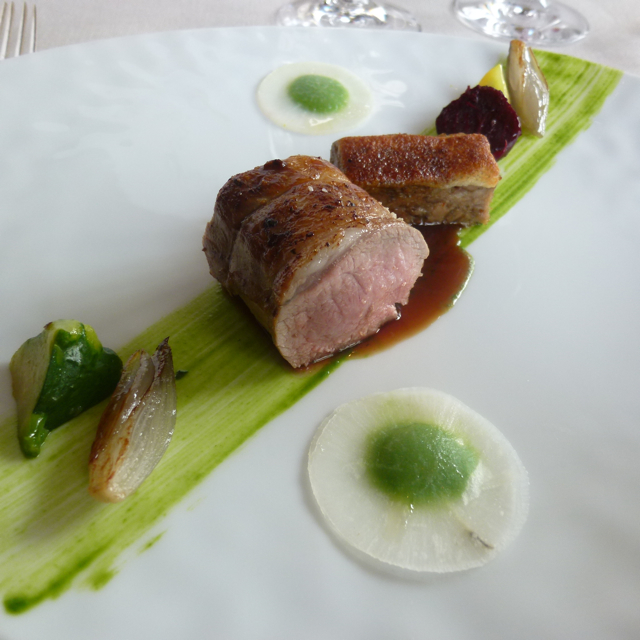 Next is the presentation of Pessac-Léognan reds and whites at Smith Haut-Lafitte under the auspices of the UGCB. The room is too small, the service chaotic and the tasters have to wrestle their way forward to be served.  Such a shame! It doesn’t take much more to make even a seasoned pro lose concentration. From the corner of my eye I notice Michel Bettane who is seething. Not even the 1961 Smith Haut-Lafite served later at dinner succeeds in placating him.  “In fact it’s the bottle that cost me the most”, retorts humorously Daniel Cathiard. “When we first visited the property we tasted the different wines from the cellar but nothing was to our taste. The seller – Eschenauer the négotiant – went to fetch a bottle of SHL 1961. The wine was magnificent, and I cracked and bought the property.” I just have time to taste two creations by Nicolas Masse, chef of Caudalies, and it’s time to go. What can I say about the Aveyron lamb, the rack roasted and the shoulder confit and caramelised, with garden vegetables and parsleyed jus, if not just that it was as beautiful as it was exquisite!
At L’Eglise-Clinet, Denis Durantou greets the visitor ironically, “I saw you coming from afar, Jacques. When you stopped near Clinet I said to myself: no, you’re not really going to take a photo of the balloon floating over the vines….” The tasting here, in a colourful little room, illustrates once more the great variability of barrel samples. The first bottle of L’Eglise-Clinet 2011 (drawn from the barrel this morning) seems mute. Denis Durantou frowns, asks when the sample dates from. The chai is just round the corner and he goes immediately to fetch a new sample from the same barrel. The wine is completely different, much more expressive, superbly constructed, and is one of the best wines of this sector and of the right bank. This anecdote illustrates once again the relativity of judging wine based on one unique experience.
At Tertre Roteboeuf, my next visit, the little chai is regularly under assault during Futures Week. We’ve come a long way to hear François Mitjaville speak about the vintage, plant equilibrium, the harvests, with an ease and clarity that never fails to surprise me. He talks about the richness and opulence of the 2009s and 2010s with their record highs of alcohol (15.5). To provoke him I ask if the prevailing methods of viticulture in Bordeaux (as elsewhere) aren’t a bit out of phase. Those methods were conceived a quarter of a century ago to mitigate the climatic conditions of Bordeaux, situated near the 45th parallel and having a climate with oceanic influence, thus permitting the grapes to ripen each year. But over the last 15 years the average annual sunshine has increased… The response of François Mitjaville – who is first and foremost a great winemaker – is savoury: “I’m a little bit put off by this sad attitude which regrets that with a well adapted viticulture, based on a precise knowledge of the plant, we get a good photosynthesis and tasty fruit. We should accept joyously to have such good tasting fruit.” After a very nice tasting of 2011s François digs a bottle of 1990 out of his cellar, with its heady perfume of truffle, oriental spices and candied fruit. A grand bottle like an organ point, which prolongs the discussions through the late evening.
Partager 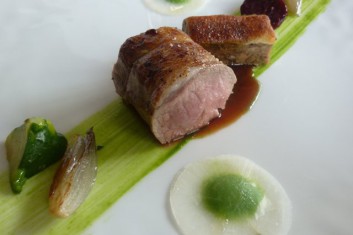