It’s a beautiful day. Nature is exuberant. I wish I had the time to photograph this fleeting moment. If I were more Japanese in spirit I would take the day off to immerse myself all day in the vineyards. But the tastings won’t wait. During two days with the European Grand Jury we taste all the wines (a little over a hundred) of the Cercle Rive droite, a producers association presided over by Alain Raynaud. The object of our scrutiny: the 2008 vintage. Four sessions altogether. 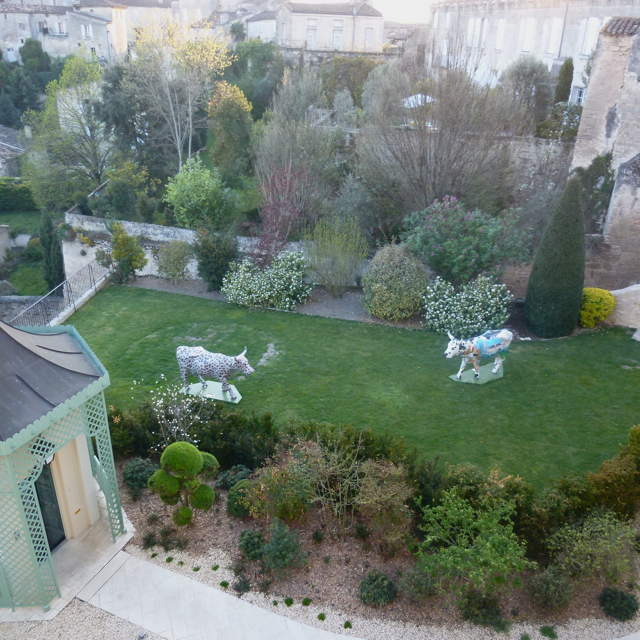 While the meteorological conditions maintain their extraverted spirit, many of these wines are a bit closed up. There are quite a few disappointments, a rather uneven production but also stylish wines that blend freshness, maturity of tannin and body. In this category I liked the Pomerols: Le Gay, le Clos du Clocher, Sansonnet, Barde-Haut, and the Cuvée Sanctus du Château La Bienfaisance (quite a package!), Clos Dubreuil in St.-Emilions: la Sergue and Tournefeuille in Lalande de Pomerol and two serious outsiders, Haut-Carles in Fronsac and Reignac. And others as well. Between two tastings the landscapes of the Fronsadais offer the charm of timelessness with small villages nestled around their belfries, knolls and mounds, discreet inhabitants, and a special quality of light. Château La Dauphine, on the banks of the Dordogne, is a marvellous example of this Fronsadais art de vivre, a haven of peace. This is where we shall taste and, for the first time this year, we can even have lunch on the terrace. It’s so nice out it seems like summer already, feverish and impatient, a bit like in 2011. Indeed, everything is topsy-turvy in Bordeaux. 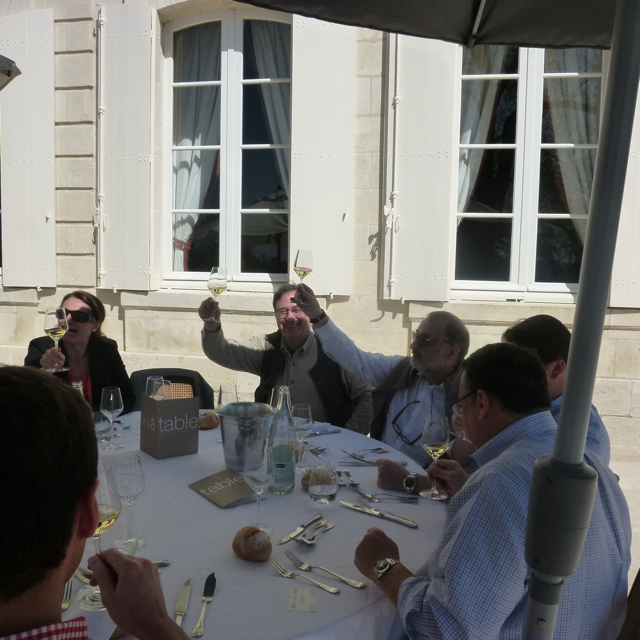 Château La Dauphine, Fronsac.
In the evening we are joined by some of the local estate owners, their arms full of precious bottles. This is day 1 of the famous Futures Week during which 5000 buyers and visitors and more than 200 journalists from all over the world will try to evaluate the wines of 2011. Some faces show a bit of anxiety. It’s about the prices. Everyone expects a price drop for this vintage but sometimes one has the impression that, even though he is willing to recognize the legitimacy of a decrease, one’s interlocutor thinks that it concerns only the wine of the neighbouring property… But there is another source of preoccupation: by the time these chronicles appear the results of the French presidential election will be known. For the moment the conversations are animated concerning what may happen if Hollande the Hydra is elected. We remember May 1981. Possibilities of a fiscal exodus to Switzerland are evoked. The ghost of Mitterand haunts the banquet, his dogs as well.
“I don’t want to relive what we went through under Mitterand. Certainly he was a great statesman, a real Machiavelli but for the rest, it was all commotion and grands arrangements. Do you realise that his dogs travelled to his funeral by airplane? Paid for by the Republic. Parfaitement!”
Traduction : Barry Shapiro
Partager

Remember : business activities were never so good than under Mitterand years !

I do trust the function may change the Man (besides what he will discover in the drawers).

Picture with the cows : from the terrasse of Hostellerie de Plaisance : should be mentionned !

Please : do not start now in chinese since I just start to study basic words 🙂 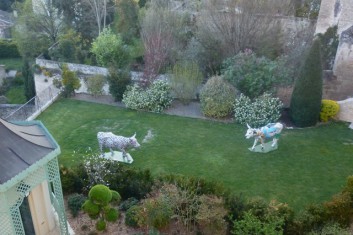