The barometer is plummeting. The temperature has dropped by ten degrees in a couple of days.  At Palmer, a tasting in the company of Anne-Laurence Chauvel-Chadronnier. The grand vin this year is surprising in its forthright style, the tasty firmness of its tannins. A pertinent choice that breaks with the usual style (sometimes a bit soft) of the estate. The property was not spared by the hailstorm that badly damaged the vineyards on the 4th of June. “For certain parcels it was apocalyptic”, relates Thomas Duroux, the director. 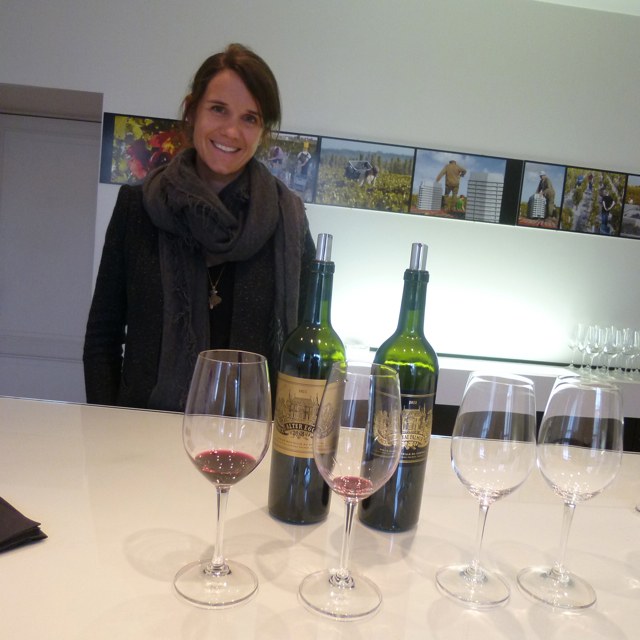 The next tasting is at Château Margaux. On the way I admire the beauty of the avenue that leads to the château in the pure Palladian style and the refined perspectives of the adjacent outbuildings.  Today marks the start of tastings by the Union des Grands Crus devoted to different appellations. The first appellations to pass in review are Margaux, Moulis and Médoc. At the end of this first morning session the impressions are mixed. There are some very pretty wines, such as Brane-Cantenac, for which I am enthusiastic.  But also some wines which, at this stage, are withdrawn and seem to lack complexity. At noontime the négotiant Ulysse Cazabonne has more wines waiting to be tasted. It’s calm now, as everyone has gone to lunch. Mine will be shortened, just enough time to taste a few appetizers by Bruno, the excellent chef of Rauzan-Ségla. 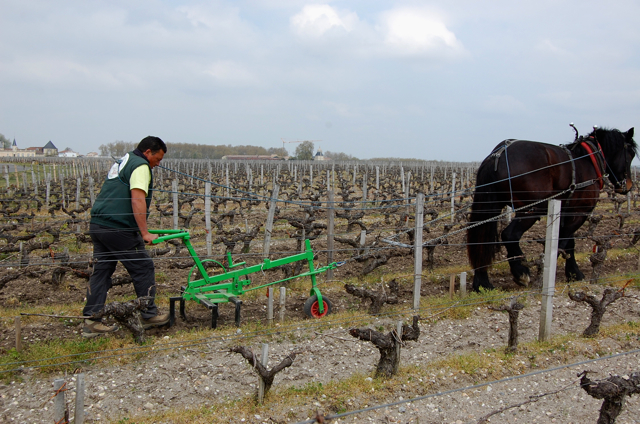 In front of the château two solid draft-horses, Titan and Vainqueur, strike a pose. They have recently been hired for the spring ploughing. The earth is very dry at this time and working the soil this way is highly recommended, yet only one hectare of Rauzan-Ségla’s vineyards will be so treated for the moment.

Heading over to Ducru-Beaucaillou, I wonder what kind of stagecraft Bruno Borie has imagined this year. Nothing original! Jade Jagger saves the day with her acanthus leaves over a black background as emblem for La Croix de Beaucaillou. Why choose JJ for the label of this wine, whose ambition is to become an estate in its own right? A wall of silence separates the Beestonian stage (which spread its fine rocks along long mineral waves) from the Stones that, 1,200,000 years later roll from stage to stage in the world –for our delight. I imagine the master of the house singing:
I saw her today at the reception
A glass of wine in her hand
I knew she was gonna meet her connection
At her feet was her foot-loose man
You can't always get what you want
From here to Léoville Las-Cases is not a long distance, yet the wines are far apart. One very tactile, sensuous and caressing; the other more cerebral, nervous and racy. Going over one more crest and we’re at Latour. In one of the tasting rooms is a noisy group, probably Russians. One of them must have spilled the contents of his glass on his shirt. It’s obvious that 2011 is a vintage loaded with anthocyanin.  Ignoring the commotion I take the time to taste one of the great wines of the vintage, Latour, imperial, concentrated, impressive in its continuity and purity. The cellar master explains that in 2010 more notes of toast and vanilla were extracted due to higher alcohol content.
My last visit of the day is to Château Belgrave where the Dourthe group has impeccably organised tastings during the whole week. Out of curiosity I ask Mathieu Chadrionnier to show me the back office where the samples are lodged at the appropriate temperature. Several hundred half-bottles form neat lines. Taking into account that 5000 visitors taste an average of 50 wines each day, and that each mouthful represents about 20ml, how much would the part des anges be at the end of the day? 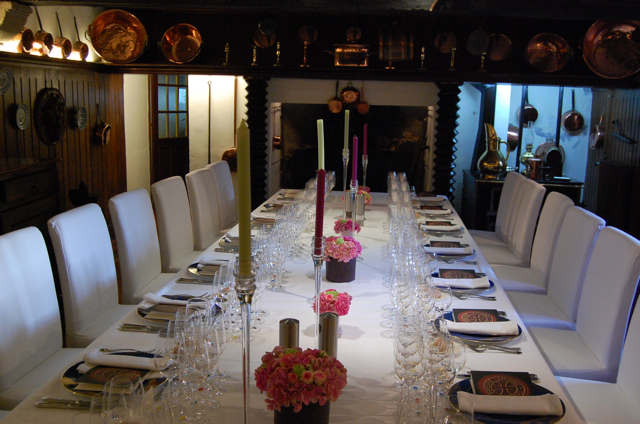 And then it’s time for relaxation, a soirée at Château Prieuré-Lichine. Lise Latrille has invited some friends from neighbouring properties. Two vintages are presented, 2001 and 1990, two epochs with different styles and evolutions. The following four wines illustrate each vintage: Marquis de Terme, Monbrison, Prieuré-Lichine and Rauzan-Gassies. The Monbrison is the last vintage of Jean-Luc Vonderheyden, prematurely deceased in1992. A lovely evening, intimate, full of exchanges and flavour. And since the cuisine of Olivier Rosa (of La Gare Gourmande in Labarde) doesn’t lack for pep, everyone leaves with stars in their eyes after the Fraicheur de Mangue and pomme à la vanille.
Traduction Barry Shapiro, Mister Violonissimo !
Partager