The last two days of this marathon begin; the programme is jam-packed, and the weather has turned to cold and drizzle. The morning starts in Palmer with Thomas Duroux, who speaks of the vintage and its predicaments in the distinctive light of the Palmer warehouse. Masna listens to him, focused. I take a few pictures; one of them reflects some of the clarity of the moment: it recalls the Last Supper. 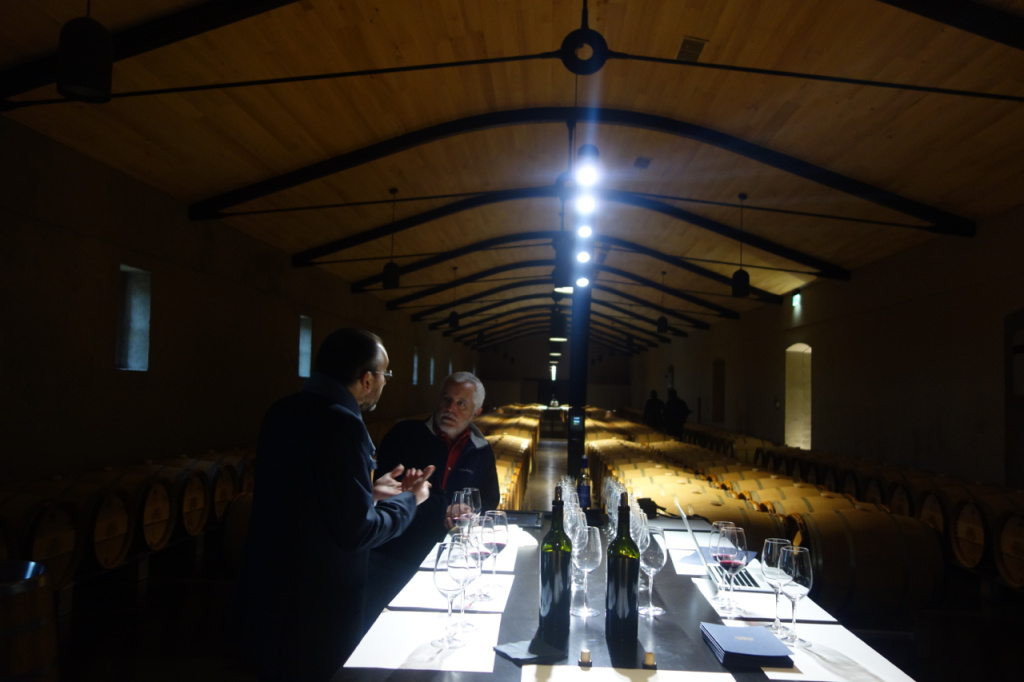 Nearby, in Margaux, Paul Pontallier himself leads the visitors – in English: “It is not a great year, but the fundamentals are present”. He then takes a breath and speaks of Margaux 2013 as if it were a woman with whom one had just fallen in love, adding: “We’ll be able to love this wine for years to come!”; 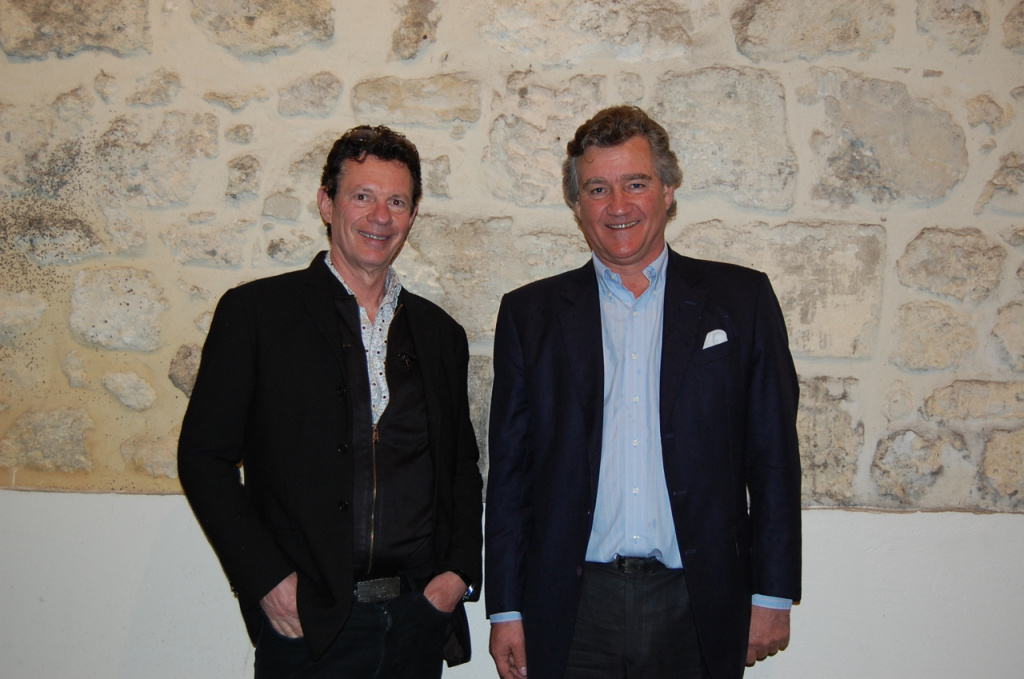 The tasting of the Union des Grands Crus de Bordeaux takes place in Monbrison. Laurent Vonderheyden is in attendance, vaguely concerned: “It is the first time that we are organizing this tasting for journalists; we were not ready before”. The wines are enjoyable and some of the Margaux are quite successful. On the wall of the sampling room, there is a beautiful photograph of Laurent’s brother, Jean-Luc, who passed away prematurely in 1992. 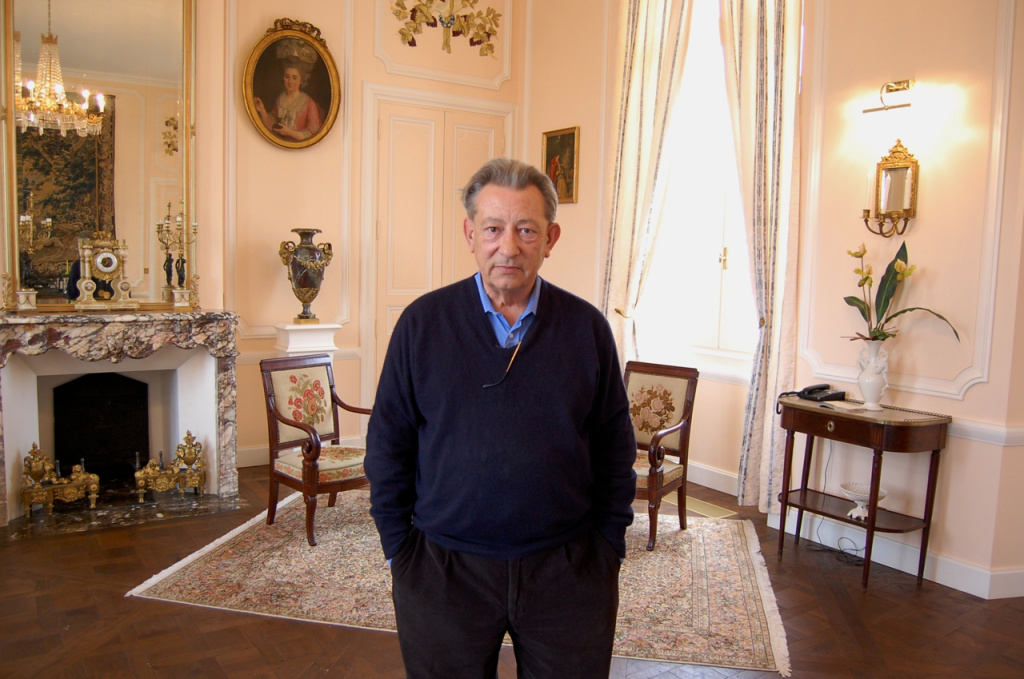 We hardly have time to swallow a couple of oysters before the tasting at Las Cases. Jean-Hubert Delon welcomes us in one of the château’s drawing rooms. As is his wont, he speaks mezzo voce, in a hoarse voice that recalls a dormant volcano. Monsieur Delon is quite a character! He appears enigmatic, supercilious, and rebellious; his leonine demeanour is distant and yet, his eyes betray a tear, a sparkle of gaiety that makes him suddenly very accessible. He reminds me of the Cardinal de Richelieu (“If God forbade drinking, would He have made such good wine?”), or of André Breton, looking down on the enemies of surrealism. 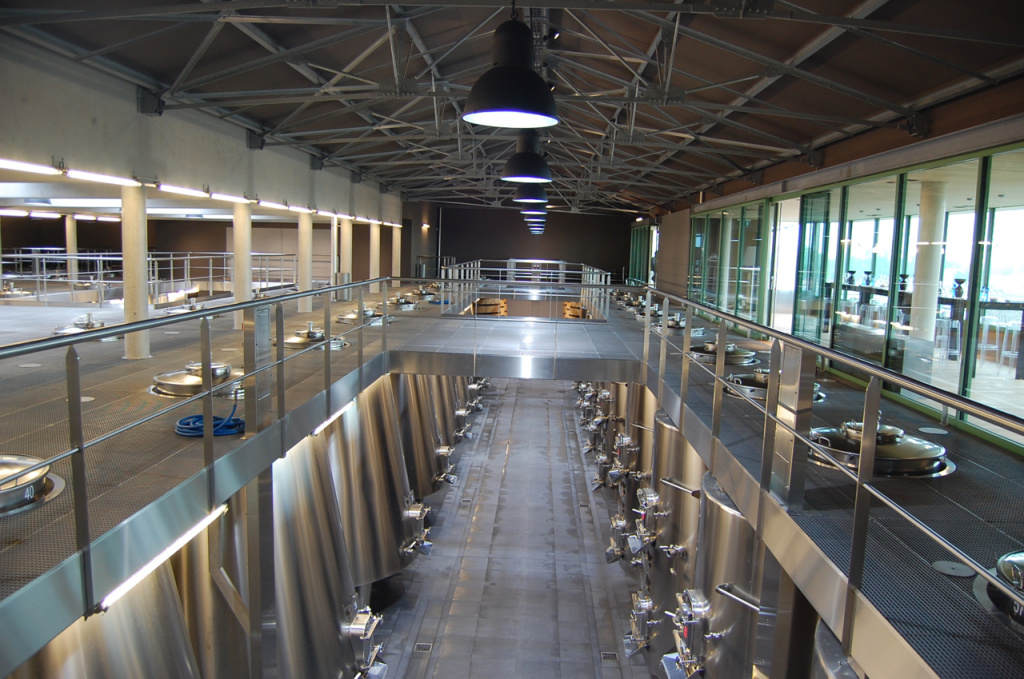 There will be more enigmas, notably the mysterious case of the wine from Pichon-Lalande: slightly off-putting, delicate yet fluid. Nicolas Glumineau, the director, favours us with a soothing speech about the price forecasts; this comes at the right time, since we were not given any dessert. “We have not started to ponder the prices; today, we are here to speak of the wine, amongst wine lovers; I deplore that prices are mentioned too soon; we don’t sell a product; rather we are here to share.”

There remains Lafite, Cos, and Latour. It is odd how everything suddenly appears very quiet; one used to meet many more people in previous years, in the châteaux. Have the pilgrims of the primeurs already gone back or have they come in smaller numbers?

Friday, 4 April: this is the last day of our acquaintance. The fair weather has returned, and the day starts in Mouton, followed by Pontet-Canet. We then move on to Branaire for the tasting of the St-Julien and the Pauillac; and afterwards? 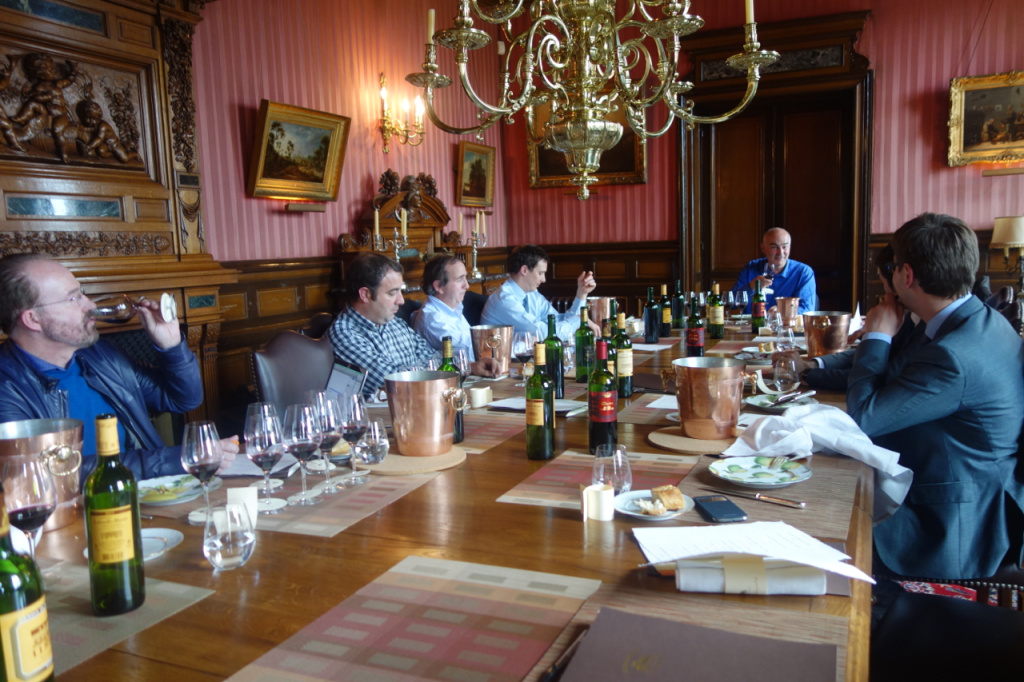 Afterwards, we were promised happiness. And we shall get it. Bruno Borie, an aesthete, has organized a tasting of the property’s crus satellites. I assumed this would last about one hour; it took four. The menu included a vertical tasting of Fourcas-Borie from 2012 to 2003, followed by another of Lalande-Borie from 2008 to 2000; and finally a vertical of Croix de Beaucaillou from 2012 to 2000. The cherry on the cake, just before the orange salad: Ducru-Beaucaillou 2004, 2005, 2006, 2009, 2010

Dishes created by the landlord were offered between the series; a delicious pumpkin velouté with petals of haddock , a terrine of hare with peppers, and a blast of iodine – calamari in ink, stuffed with crab meat, vacuum-cooked at 140°F for one hour and a half. In passing, I made a note of these words, uttered by one of our journalist fellow-diners, waned by the tastings of a thousand wines: “The word changes so fast! I have developed the greatest doubts about the meaning of modernity since the beginning of the week.” 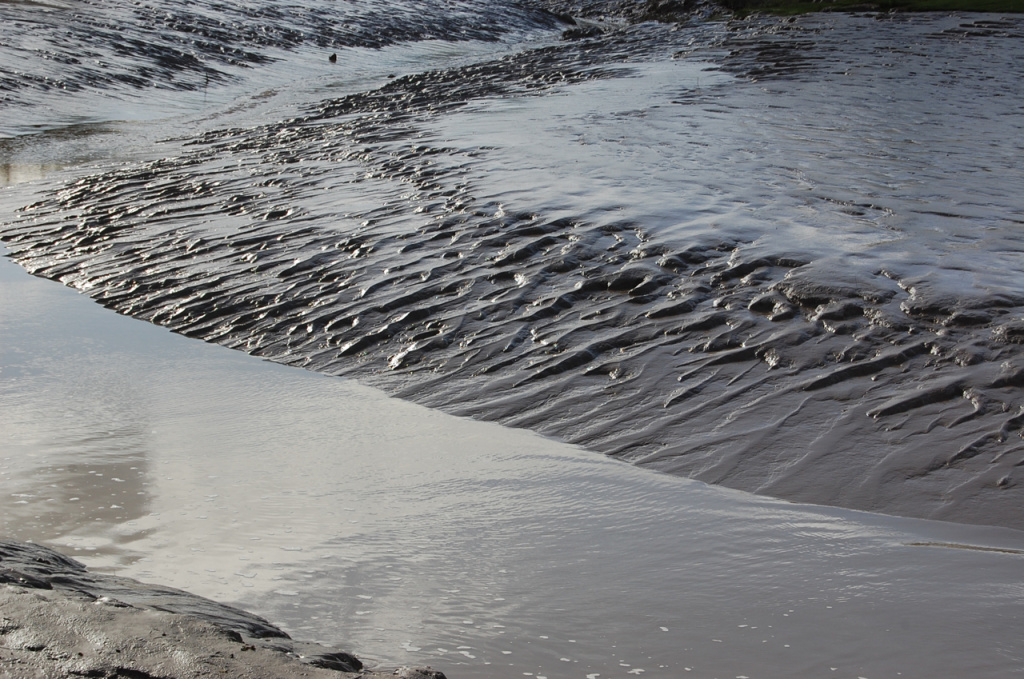 This much is clear: we have entered the postmodern era. Thankfully, we are able to experience such moments; in order to believe in all innocence that nothing changes. We could see the slow, dark movements of the water from the windows of the main dining room; we could guess the open sea, the otherworldliness, the tides. At the close of such a day, we should have left, visit one of the islands of the estuary, Patiras, Nouvelle, Margaux…

I wanted to take the ferry to Blaye from Lamarque Harbour. It had already left, and I stayed on the embankment, looking at the light as it played with the ridges of the foreshore.

A fisherman was gathering his net; he asked me what I was writing in my notebook. I told him that I was writing down my tasting notes after a very busy week.
“Ah, the Medoc, the great châteaux, the fluttering banners, the prestigious vineyards; look at them carefully, they might disappear…”

I asked him what he meant by ‘disappear’.
He blinked in the sunset and took a deep breath: “Everything is possible; global warming – or an exposition right there, on the other side; can you see it, can you see how dangerously it shines?”
What, I ask? 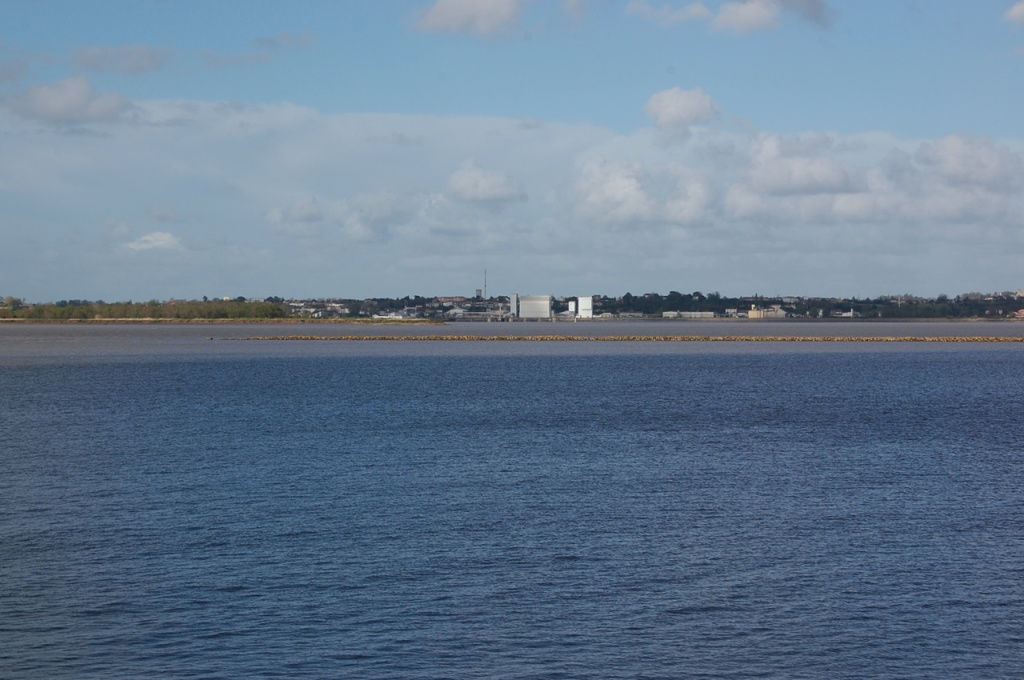 “The nuclear plant! What an odd idea to set it up here; we already came close to a catastrophe in 1999: the plant did not withstand the storm and the small tidal wave. Three reactors had to be closed; and this was only the beginning; the bore travels up against the direction of the river’s current; they raised the dykes to 28 feet but it is not enough and we are living under this threat. Nobody cares. Winemakers sell their wines; tasters write notes that are forgotten as soon as they are written; the dubious lords of Macao and Hong Kong quaff the wines; and I carry on fishing.”

Before taking leave, he adds: “Everything appears quiet, serene, slow; but everything is changing; the estuary never stops moving, new islands are being formed, others disappear; migratory fish don’t show up anymore. Everything is speeding up”. 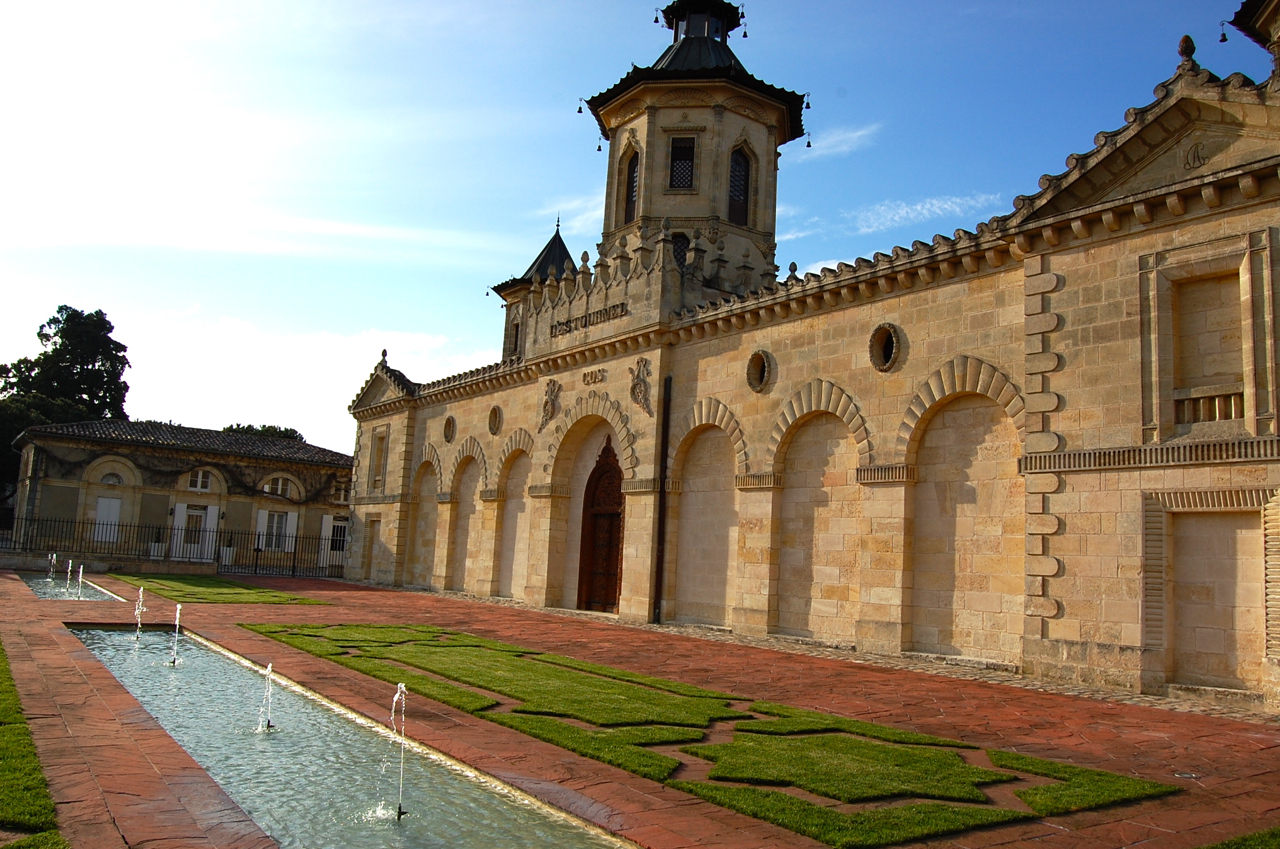 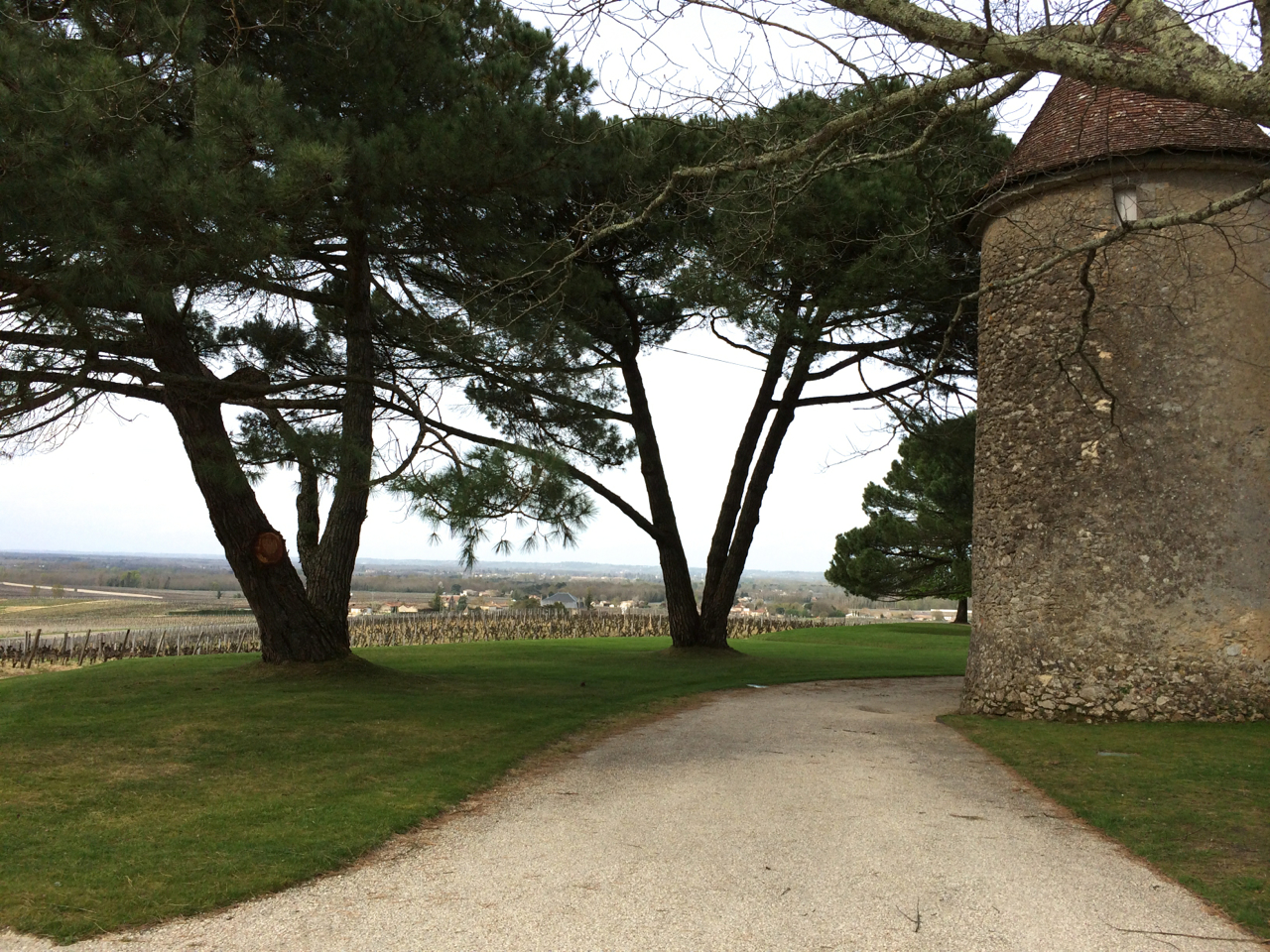 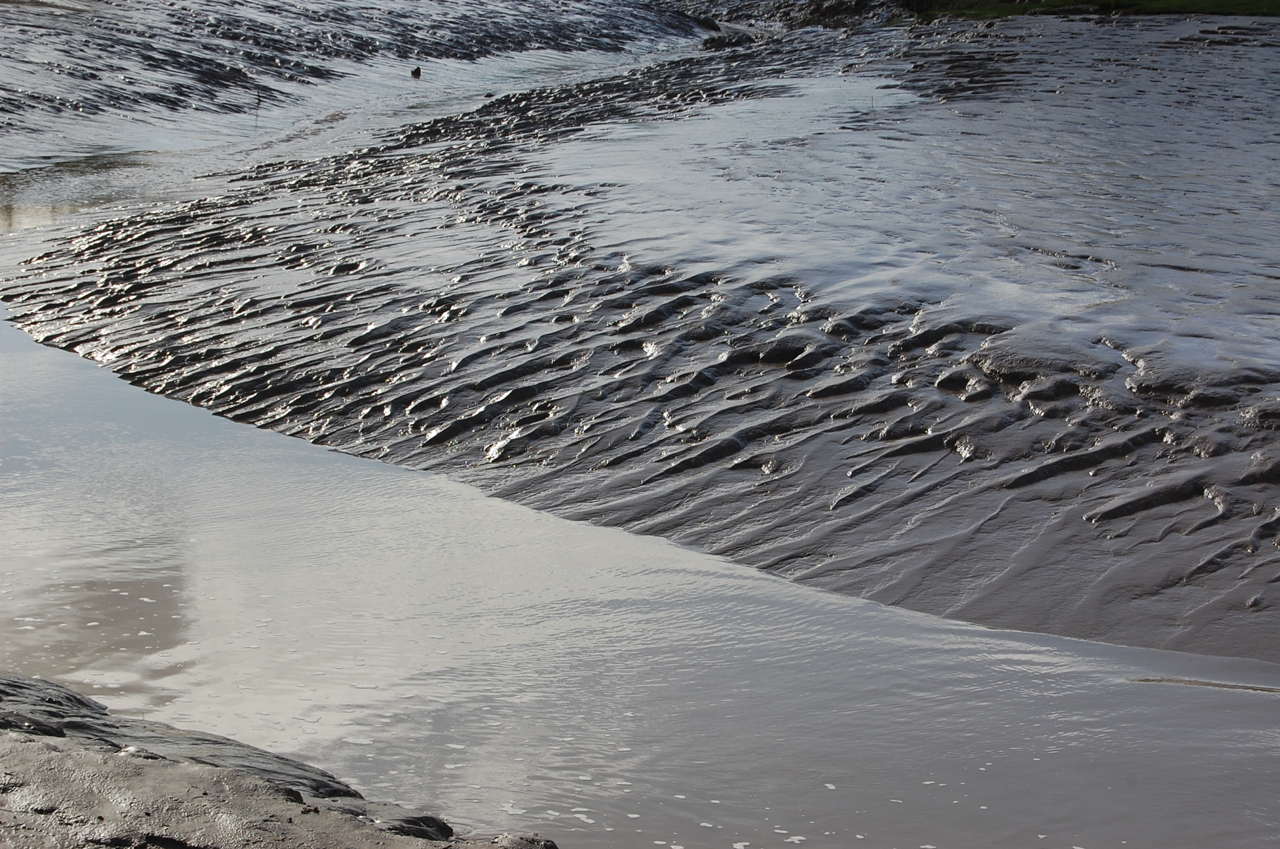 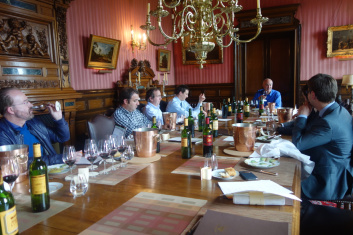