Bordeaux 2014, Day 1 – the Supreme Moment
The weather is dithering between fine drizzle and hesitant sunny spells. Faces are tense on the plane: the press has just revealed details about the crash of the Germanwings A320 airplane and the suicidal behaviour of its co-pilot. My day begins with a trial run in the Medoc. On the agenda: Ducru-Beaucaillou, Léoville Las Cases, Pontet-Canet and Pichon-Baron Comtesse de Lalande. The two Saint Julien are magnificent and lighten up this rather dull day. I am welcomed in Pontet-Canet by Alfred Tesson. The castle’s second interior courtyard is a building site; major works have begun, and will include setting up a new building, as well as stables for the twelve carthorses. We only have a short time to enjoy the wonderful silky texture of the Pontet-Canet and to say hello to Jean-Michel Comme. He is staring in the distance whilst speaking to a group of buyers; they appear to understand very little of what really matters (“ils ne semblent entraver que couic”, in the words of the French poet Leo Ferré); they are only concerned with market positioning, oblivious to the threat of the drosophila Suzukii – the consequence of our lack of respect for nature, according to our prophet. I am already stepping outside Medoc. A little later, I moor in Fronsadais, where I have an appointment at the Château Grand-Village with a delightful family, the Guinaudeaus of Château Lafleur and Grand-Village, a superb estate near Mouillac. They are rather unique in the Bordeaux landscape: humble, perfectionists, close to the terroir, who is their liege lord, like light is to a painter. The founding father was Henri Greloud, great-grandfather of today’s owner, Jacques, whom I meet with his wife Sylvie, their son Baptiste, and their daughter-in-law Julie. Henri Greloud bought 11 acres in the hamlet of Lafleur in 1872; by then, he was already the owner of Le Gay. His son Charles took over in 1888; the estate was then bought by a cousin, André Robin. His two daughters, Marie and Therèse Robin, succeeded André; they inherited the estate in 1946 and managed it for 38 years. About thirty years ago, the famous Robin sisters declared to the quarterly “L’Amateur de Bordeaux”: “Maybe nobody would speak of Château Lafleur; it is a beautiful wine, possibly because it is separated from Petrus by a mere country lane; my sister and I do everything However, I don’t drink, I do the maths; we make decisions together”.
In 1984, after the death of her sister, Therèse rented the land out to her cousin, Jacques Guinaudeau, who was already managing the family vineyard of Grand-Village with his wife Sylvie. They restructured and optimised the vineyard, replanting almost 8,000 vine stocks and setting up a drainage system. Les Pensées de Lafleur, the second wine, was born in 1984.
After Marie’s death, in 2001, the Gineaudeau family managed- logically, but to the surprise of many parties interested in acquiring one of the gems of Bordeaux- to buy Lafleur and maintain the permanence of the family work, or in extending their empire. The name that appears on the label as soon as 2002 is that of the founder, Henri Greloud, as a mark of continuity.

The next stage led the Guinaudeau family to improve their understanding of the terroir, a quadrilateral of 11.5 acres; in spite of its small size, it is made of important geological variations and includes four different terroirs for 24,000 vine stocks. This terroir is very different from the Petrus “boutonnière” (buttonhole), with its swelling clay; here one finds sand gravel, mixes of clay and gravel, clay and sand and also – we are in Pomerol after all – only clay.
This is the story we delight in at dinner, whilst enjoying some moving wines that are like milestones: Grand-Village 1990, Les Pensées de Lafleur 2008, Château Lafleur 2006, 1998 and 1986 – the second vintage produced by Jacques and Sylvie Guinaudeau. This is the rare instant, the supreme moment and that of God Kairos. Silence.

Day 2 – Some Pieces of the Jigsaw Puzzle
The weather has improved. There is a whiff of spring in the air; I look at the blossoming trees and think of the poet Jaccottet in front of an orchard of almond trees: “I told myself that I needed to learn the lesson, that they would soon be silent, as happens each year”. I climb the steep small road that leads to Ausone, still under the spell. In the happiness of the landscape, I witness a bizarre spectacle – two Chinese men and a drone. Having not yet recovered from the recent events of the sky, I foresee that they will lose control of the drone, and that it will crash on the castle’s terrace. Ausone has the magnificent cutting edge of a great wine and La Chapelle is in the same league. The day is starting well! At Vieux-Château Certan, Alexandre and Guillaume Thienpont smile modestly. They know they are back from the brink. The terrible Suzukii has attacked one of their parcels of young Merlot. Guillaume says that it is not a sunny vintage, but a complex one. The terroir has overcome the vine. Assemblages were carried out with very different elements; it is like a jigsaw puzzle. We reminisce about Jean-François Chaine, the consultant oenologist who died last August with zero media coverage. I regret that I was never able to interview him. I move on to L’Eglise-Canet, another beautiful success. I can already sense the vintage and I am surprised by the quality of the samples tasted – this without giving in to any spring excitement.

I have a light lunch at the Terrasse Rouge of Château Dominique. There, a variety of tastes and colours meet, and, with or without Jean Nouvel, it is a pleasure to take a short rest at the top, and marvel at the view of the green swell of the vineyards. The afternoon carries on with an andantino rhythm from clay to gravel, and ends on the south coast and Tertre Roteboeuf. It is best to arrange a meeting there towards the end of the afternoon, so one may take one’s time. This is becoming annoyingly predictable: Roc de Cambes and Tertre Roteboeuf 2014 are wonderful wines, full of energy, grace and sensuality. François Mitjavile says : “The autumn weather brings a tenderness that one does not find in vintages that are warmer, sunnier; there is an elegance paired with fresh fruit, which is not a primeur fruit”. It gives me food for thought about autumn maturations. This may be the latest vintage that I know… Maybe there are others? As the French singer Serge Reggiani used to sing : “It rains in my memory”. 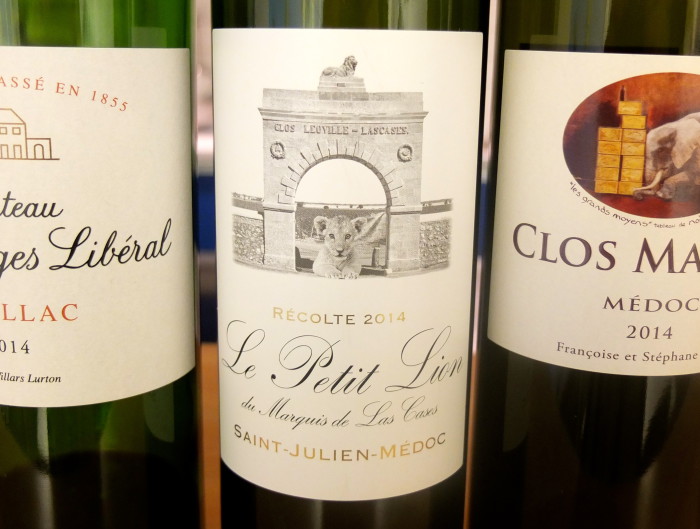 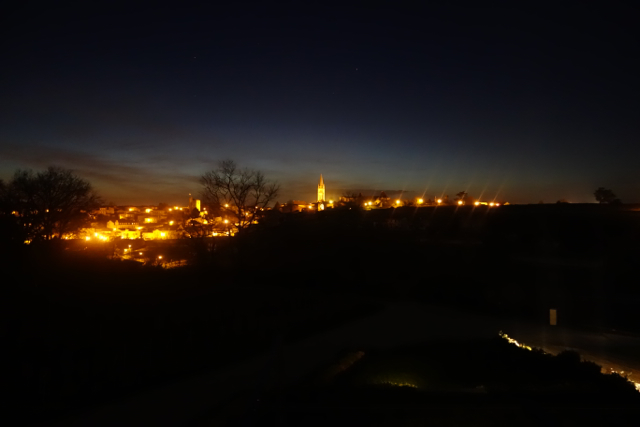 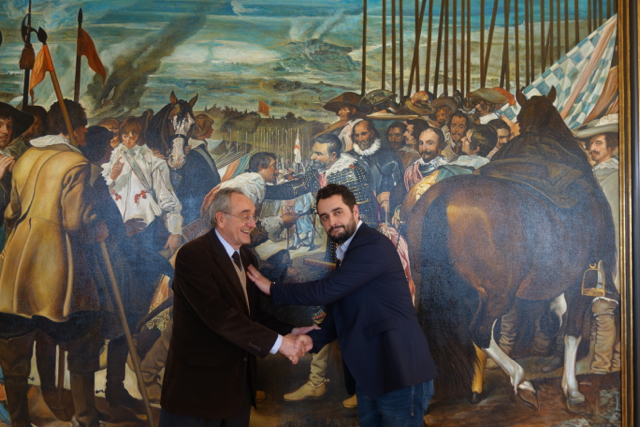 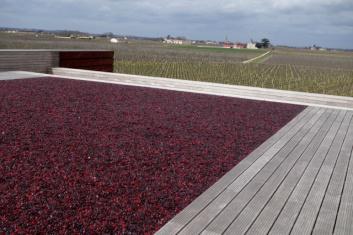